High fantasy from a low perspective!

What is the World of Vaenia?

The World of Vaenia is a unique fantasy setting made by a small group of creators working together to make a wide variety of content. This already includes art, a book series, and an ever-growing collection of short stories, but there's also a full campaign setting for the world's most popular TTRPG in development, and other avenues of entertainment on the horizon.
Our goal is to bring everyone some High Fantasy from a Low Perspective. 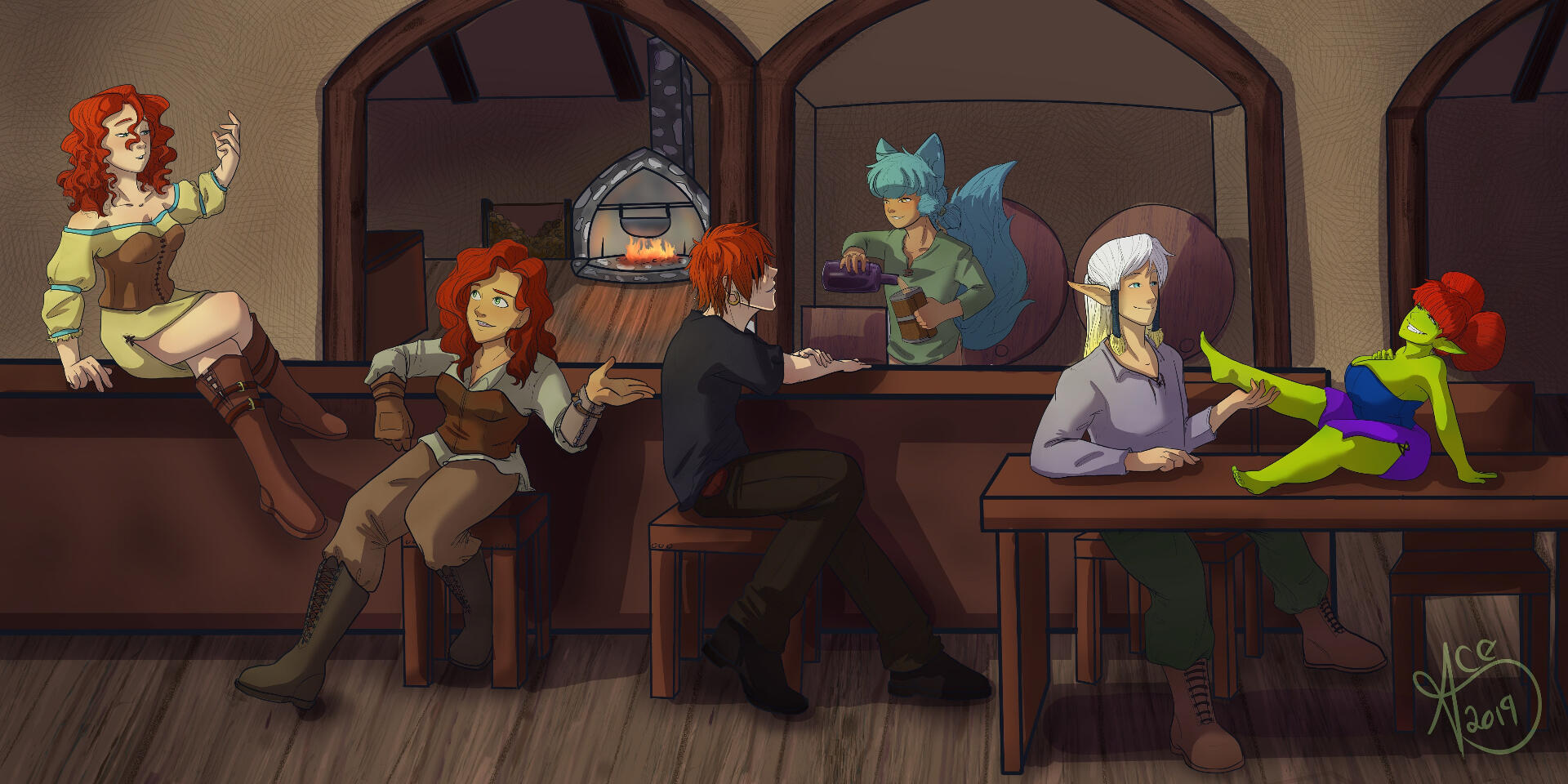 In the wake of a decades-long war that ravaged the continent, the society of Vaenia is changing rapidly. With the races better integrated than at any previous point in its history, each group is enriching the others by bringing their unique magics, technologies, and traditions together, giving birth to something new. Social dynamics are changing, deep secrets are being explored, and the world is beginning to heal. Not all is well, of course, but what would life be without a bit of adventure? 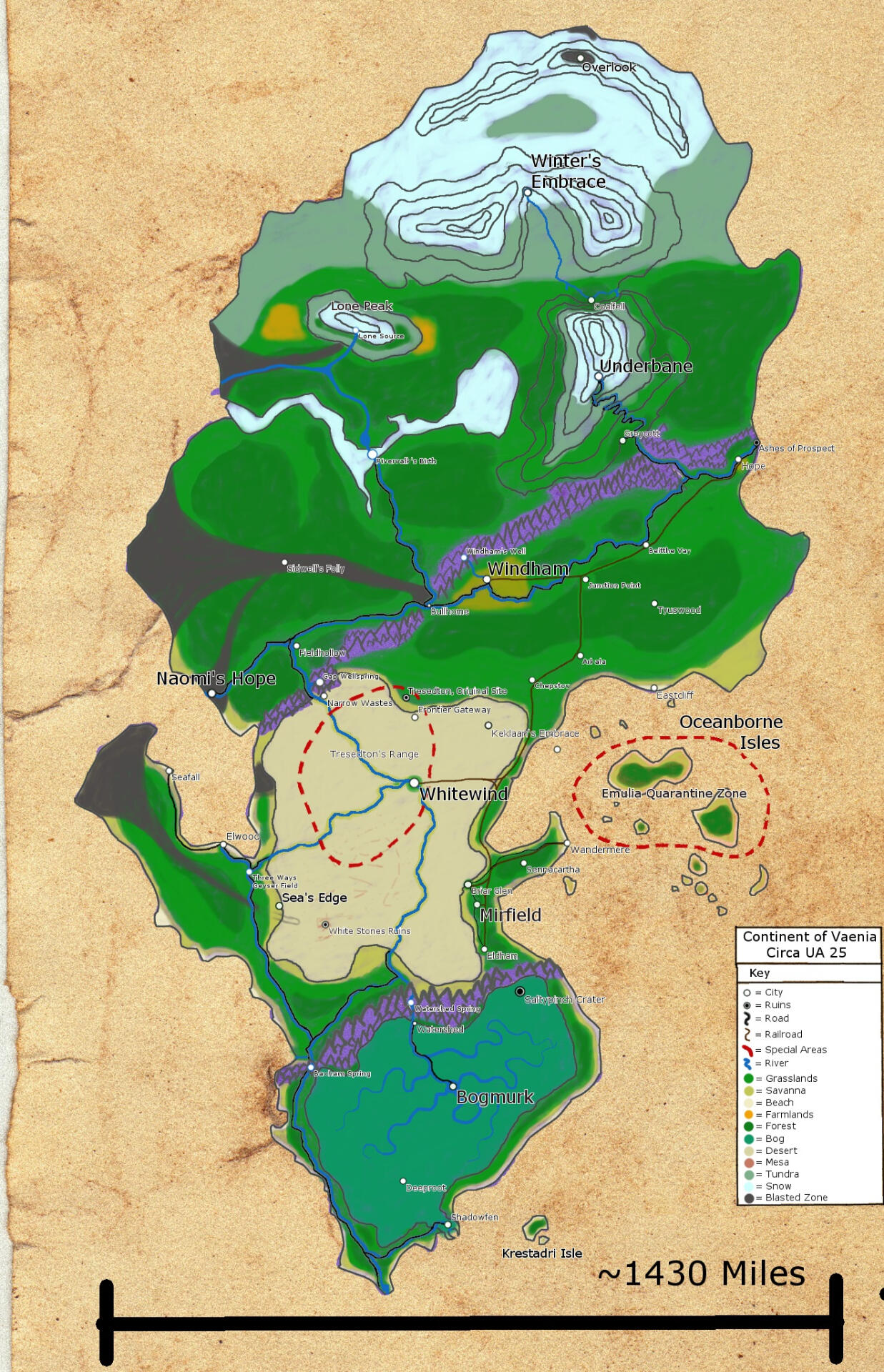 How can you support us?

While its primary focus is monthly short stories from the World of Vaenia, the Patreon also includes TTRPG battlemaps for Chapter 3 and higher tier patrons.

Most stories and maps will rotate into public availability after a period of exclusivity, but you can gain immediate access to them and backer-exclusive materials by becoming a patron.

Our stories can be found in a variety of places all over the web. For your convenience, we've gathered the best links to those various sources here.

The book series follows Sheela Saltypinch, a goblin mage and "professional lover" whose cheeky attitude and strong sense of responsibility gets her into more than her share of trouble.

Though all of the books follow the same lead character, each arc forms its own story, so new readers can start at the beginning of either one without any issues.

After escaping her place of birth during a terrible fire, Sheela begins to build a new life for herself. Along the way, she must learn how the world works and reconcile what she wants to do with her life with her desire to be something other than what's expected of her.

Now established as a successful "professional lover", Sheela's travels with friends and colleagues take them to a remote roadside inn, where they are pulled into a greater conspiracy that will shape not only their lives, but the future of Vaenia!

"A Place Called Hope" is about a feline beastfolk named Juthos, who struggles to deal with his past.

Sometimes the biggest move is to not move at all.

(More will be revealed as the comic continues!) 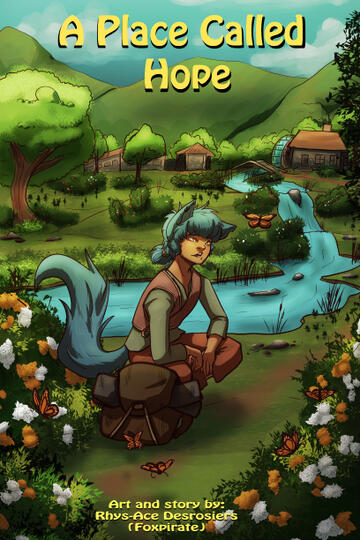 Here is the archive of publicly available short stories set in the World of Vaenia. At least one new tale will be added to the archive each month, but for access to the most recent short stories and bonus materials, be sure to check out our Patreon!

Because of how many stories there are, we've collected them by their release year below to make navigation a bit more convenient.

Looking for better pay than what he can get in his village, a young beastfolk moves to the capital city, only to find out that not everybody gets an equal share of the bounty.

A dwarf and troll move to the city to start a new business, but find that their customers assume they must be romantically involved. Being a "family" business brings in more people, but is there really something there, or is it just assumptions?

Even when you take your best shot, you sometimes get knocked down. Follow Daksh Gravelpitch, a nervous young goblin with big ideas, as he tries to make something new, but discovers he can't, and shouldn't, do it alone.

In the small town of Hope, a young beastfolk woman blows into town on the chill winter wind with tales of daring-do that don't quite hold up under scrutiny. Still, she's sure to receive a warm welcome at the Come & Go!

A headstrong dwarfen surveyor named Teijo bucks tradition to explore an area normally considered forbidden in the hopes of finding rich veins of minerals and proving himself right. If only he'd paid more attention to the stories...

Embroiled in the Untynian War, the Emperor of Windham meets with the leaders of other Vaenian factions, and makes an unexpected connection with the orc chieftess of chieftesses. Their complex relationship becomes more than political.

Following rumors of an untouched hoard of abandoned arcane objects, a group of archaeologists break into a forgotten mage's home, only to discover that the deceased wizard unleashed dangers they couldn't have imagined.

While perusing a local noble's collection, an archaeologist finds something absolutely groundbreaking. However, because the librarian doesn't like her, she'll need to use her a few of her less academic skills to steal the tome for further research.

A squad of druids, conscripted into the Windham army by accident and circumstance, do what they must to stay alive in the hopes of one day healing the harm they see and cause in the name of their homes.

A small tribe of orcs who are trying to make a living on their ancestral lands are forced to confront some scavengers who think that might makes right, and that it's perfectly acceptable to take what the orcs have by force.

A hunting party of beastfolk in the Ceded Lands fight one of the monsters left behind by their ancestors after the war. Though they're skilled in their craft, the hubris that some of them carry puts them all in danger.

The proprietor of a small bar contemplates how boring her life has become, reminiscing over a brief dip into the adventuring lifestyle, all the while blind to the possibilities that are well within reach.

Deep in the backwoods of the Taghud mountains, a simple woodsman is going about his day when he spies a strange man covered in shining metal who saves someone in need. His life will never be the same.

A team of archaeologists that have been afflicted with a magical malady cross the border into one of Vaenia's most dangerous places in search of a reclusive group of healers that they hope can be save them.

A soldier of human & troll descent contemplates his future after being discharged from service. The new group he falls in with like the idea of having a giant around, although not for the most honest reasons.

A bored noble in the city of Prospect goes looking for some excitement, and finds something...interesting beneath the city.

A trio of people take on a short adventure in the hopes of landing a more lucrative contract.

A small lizard finds its place among others in a way that will bring them all fame and a fortune's worth of food.

Two goblins in love search for a way to escape the traditions of their culture, and almost bite off more than they can chew.

An retired soldier reflects on how she met her partner and their military service together.

The dwarf leading the defenders of Lone Peak deals with dangerous developments as the enemy puts the city under siege.

A poor young woman witnesses the opening volleys of the war with Untynia and does her best to save her little brother from the oncoming horrors.

A beastfolk boy wanders the woods, wondering why he has been abandoned by his family, only to discover someone who offers him more warmth than he's ever felt before.

A town guard nervously investigates some unsettling sounds in the dead of night. Unfortunately, he finds out exactly what caused them.

A young dwarfen woman searches for a way to restore her people's ability to use magic by any means necessary.

We're currently working on a World of Vaenia campaign setting for 5e! Right now, it offers eight new or reworked races, five new classes, three new subclasses for existing classes, an entire continent's worth of new locations, and nine new pantheons, with a healthy helping of new items and some new enemies as well.

If you'd like access to the latest Alpha build of the setting, check out our Patreon, but if you'd just like to take a glance at what we've made so far, check out the latest public build by clicking the button above.

This main book features all of the things listed above, and is the latest public version of the alpha test. While it does not yet feature any art, all of the races, classes, subclasses, and items are ready for testing.
If you have any comments, questions, or concerns, feel free to contact us with feedback on this test document.

Adult Content Warning: This supplement deals with mature concepts in a rather frank and straightforward manner.

This secondary book gives guidance on how to introduce rules for more "adult" services, situations and themes into the 5e ruleset. It also adds an additional class, the Shacite, a type of caster who gains their power from intimacy, both emotional and physical.
If you have any comments, questions, or concerns, feel free to contact us with feedback on this test document.

These battlemaps were made for our internal alpha test campaign of the World of Vaenia 5e setting, but could be used for just about any fantasy-based TTRPG. They are time-locked to our Chapter 3 and higher Patreon patrons for three months, after which they're released here publicly.
All maps are made using the Arkenforge software suite & assets.

This map features all six floors of an abandoned military outpost tower. With a staging area, a supply depot, a barracks, a kitchen & mess hall, a command center, and observation deck (with collapsed roof), this pack is a whole dungeon in one!

This map features a building features a spacious lobby, meeting room, four regular offices, and a grand office and waiting area for the boss. The left half of the building, meanwhile, is a staging area for wagons.

This map centers on the main house and barn of a small goat ranch and apple orchard. The main house is two stories, while the nearby barn features a side attachment with a cider press.

This pack features three tavern maps: The Dapper Tumpet is an upscale restaurant and nightclub; The Spectacular Bird is a tourist trap converted from an old burlesque house; and The Bright Comet is a small, dank basement jazz joint.

This massive map is the Grand Vista Resort & Spa in Junction Point, Vaenia's first purpose-built vacation destination! It features guest rooms, a full spa, and ample space for conventions, with a fighting tournament currently on the show floor.

We're happy to have a multi-faceted set of artists working with us. Some of them have yet to get us a portrait, however, so check back later for a more full list!

We've got a few official social media accounts, too!
If you've got any questions, feel free to contact us at any of them or through the email link below!